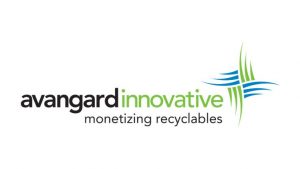 “With our past success in the PCR PET recycle streams, we are very excited about this new venture,” says AI CEO Rick Perez. “With this new LDPE plant, we can vertically integrate and utilize one of the largest streams of material we manage today.”

AI says it manages approximately 100 million pounds of PE film scrap annually from the retail sector and from other generators of PE film packaging scrap throughout the Americas. Vertically integrating allows AI to close the loop by supplying PCR PE for use in the production of new film. The company says it has researched the various generating streams in the market and has designated specific streams that will produce PCR that can meet the critical properties needed for film applications.

Jon Stephens, executive vice president of AI, says, “We aim to be a solution with our PCR to be used in the highest end application possible and are committed to being fully engaged as change makers within the circular economy.”

The plant will generate approximately 30 jobs and will operate 24 hours per day, seven days per week.

AI says phase one production is targeted to begin August 2017. The plant will be fully operational by October 2017, with a total capacity of 48 million pounds annually.